Adding Value to Your Exam With One Leg Standing Testing

Should a one-leg standing be included in your exam of adults?

It appears it is a resounding yes as it can be an accurate sign of health status and function. From the British Journal of Sports Medicine published in June 2022, a study shows that the ability to stand on one leg for at least 10 seconds is strongly linked to the risk of death over the next 7 years. According to the findings, people in middle age and older who couldn’t perform the 10-second standing test were nearly four times as likely to die of any cause – heart attacks, strokes, cancer, and more – in the coming years than those who could, well, stand the test of time.

Claudio Gil Araújo, MD, Ph.D., research director of the Exercise Medicine Clinic-CLINIMEX in Rio de Janeiro, who led the study stated “As a physician who has worked with cardiac patients for over 4 decades, I was very impressed in finding out that, for those between 51 and 75 years of age, it is riskier for survival to not complete the 10-second one-leg standing test than to have been diagnosed as having coronary artery disease or in being hypertensive” or having abnormal cholesterol.”

Researchers have known for at least a half-century that balance and mortality are connected. One reason for falls: Worldwide, nearly 700,000 people each year die as a result of a fall, according to the World Health Organization, and more than 37 million falls annually require medical attention. But as the new study indicates, falls aren’t the only problem.

In addition to the one-legged standing test, they have previously shown that the ability to rise from a sitting position on the floor is also a strong predictor of longevity.

Not surprisingly, the ability to perform the test dropped with age. Although 20% of people in the study overall were unable to stand on one leg for 10 seconds, that figure rose to about 70% for those aged 76-80 years, and nearly 90% for those aged 81-85, according to the researchers. Of the two dozen 85-year-olds in the study, only two were able to complete the standing test, Dr. Araújo told this news organization.

At roughly age 70, half of the people could not complete the 10-second test.

After accounting for age and many other risk factors, such as diabetes, body mass index, and a history of heart disease, people who were unable to complete the standing test were 84% more likely to die from any cause over the study period than their peers with better one-legged static balance (95% confidence interval, 1.23-2.78; P < .001).

The implications for your patients may lead to some insight as to how to manage their health and functional abilities which now should be measured with a one-leg stand test.

This short but effective testing added into an evaluation would be a good marker for overall health but also functional abilities as a marker for functional change as a result of care.

To perform the testing the patient should stand and bring the non-support leg up so that the foot is at the height of the knee of the support leg (stork stance). They should maintain the position for as long as possible with examiner timing until they move the support foot or bring the foot down. For an added challenge you can perform with eyes open, and eyes closed. 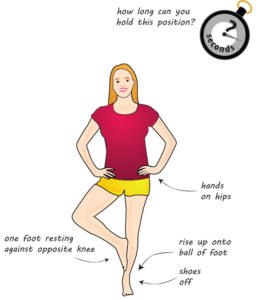 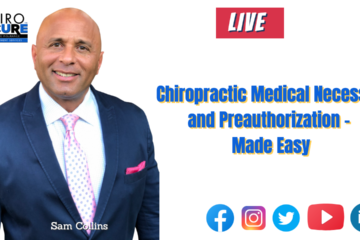 Chiropractic care is effective, however you must have the proper documentation to demonstrate it and use it to create a plan for preauthorization. Learn what is required. Disclaimer: This is a live transcription and has Read more… 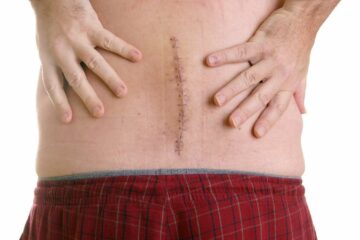 Do Doctor’s Perform To Many Back Surgeries?

85% of Americans will have back pain. America is the land of quick fixes, so many back pain sufferers resort to back surgery. Have these surgeries ended the scourge of back pain, or have they Read more… 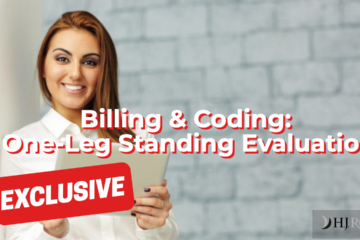 Does your patient exam include a one-leg standing evaluation? A recent study found the ability to stand on one leg for at least 10 seconds was strongly linked to the risk of… Welcome to your Read more…